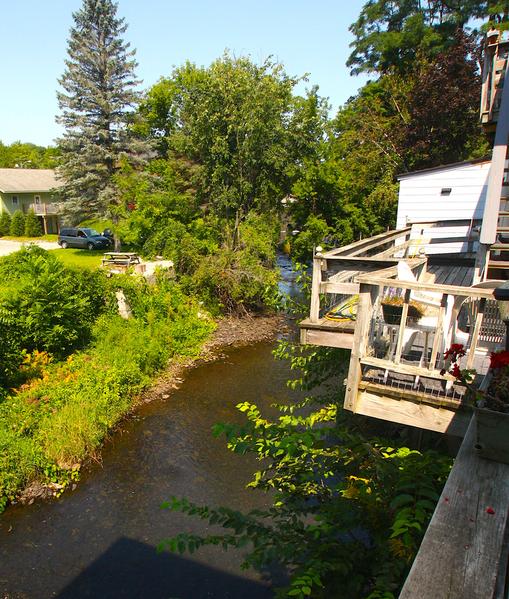 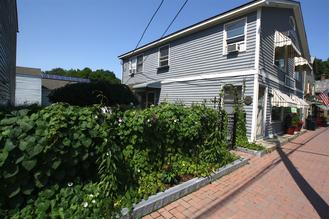 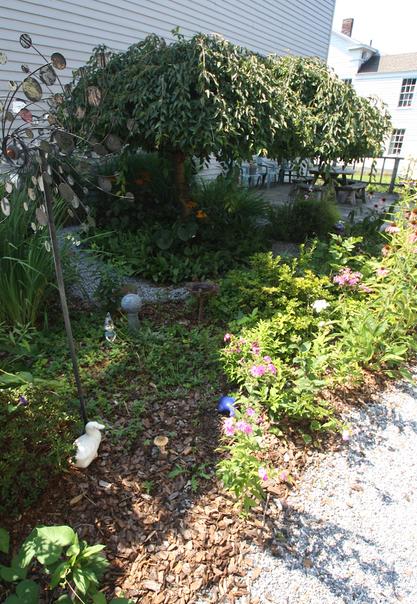 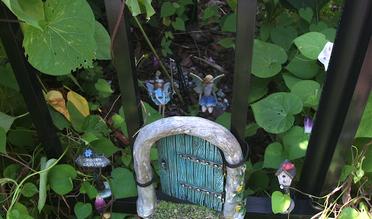 The invasion of the morning glories!

When The Floor Store first began, we were located on the second floor of The Public Market. [See the sign on the right in the above picture?] We renovated the upstairs, installed a new electrical service, added a few walls and a couple doors, and took occupancy in early 1983. We were there for about two years. Prior to that, the building next door had a fire and was torn down. George and Marie Woodcock needed a new place for their store and became partners with us to purchase this lot and build what we called "The Phoenix Building" [because it rose from the ashes.] [There are still some burnt scars in the basement from that fire.]

Anne's father, Roger Voisin, took a picture of his wife Martha in front of the new structure as it began to take shape. It's still the "newest" building on Main Street! Since then, another fire almost took out The Public Market next door and we were very happy that we left a "fire alley" between the two buildings. Originally, the two structures were actually joined together. Not a good idea for many reasons!

33 years later, the alley is still just an alley, but on the south side [which once contained an ice cream booth and outside tables for the then very popular & famous "Miss Ruby's Restaurant", Anne has lovingly created a magical garden of flowers, shrubs, trees, elves, pixies and enchanted occupants for the inquisitive passersby. The town cat [Felix] can often be found nestled in his favorite place on the soft mulch by the roses. 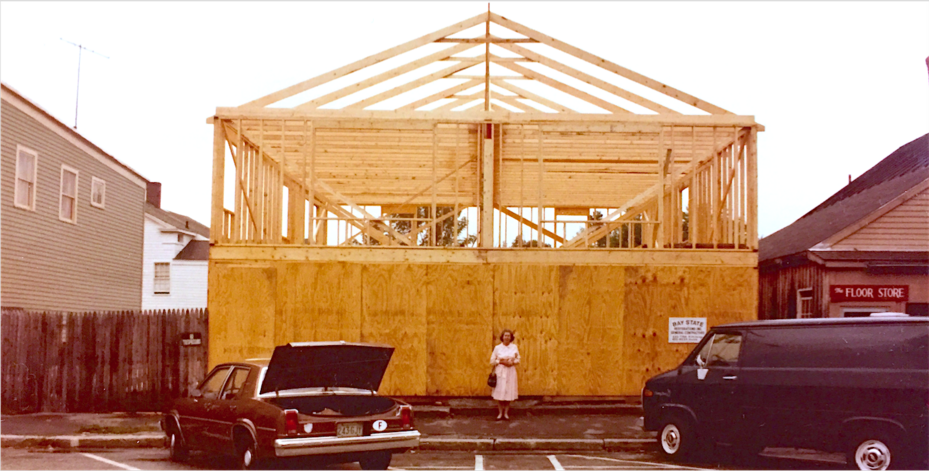 And a peaceful Williams River under the back deck!

Felix keeps an eye on the trout. 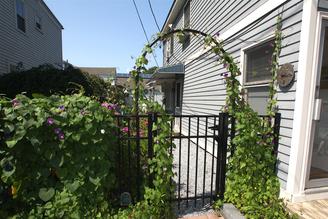